ROM & Crystar "team up", plus a Rom cameo & the Dire Wraith appearnce cover variant you never knew about 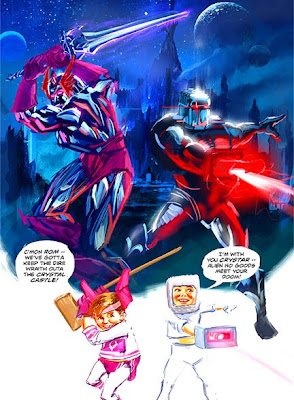 This beautiful rendering is by Daniel Cox. Talk about fan art that takes me back in time. Back in the day I had a couple of the figures and a few of the issues from the Crystar franchise. Although something of an unlikely team up it could have made for an interesting story line given that both characters are basically derived from Medieval mythology. This is a painting I would really love to see in person. I don't think a computer monitor can do justice to the heavy brush strokes or vivid colors it has. Plus I suspect this was done on a pretty good sized canvas. 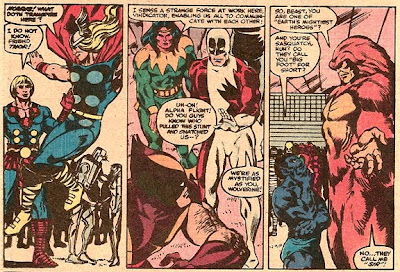 Back in 1982 there was this 3 issue mini-series called Contest of Champions in which Earth's heroes were all mysteriously spirited away in order to participate in some some sort of contest over whatever. You can do a Google search on the series if you want to know more about it.
I know there's a hand full of you hard core fans like Lee from ROM Spaceknight Revisited who know about this but I wanted to post it for those of you who don't. I think was basically just a "throw away" appearance in which somebody probably thought it would be cool to put ROM in the back ground (shaking hands with Jacosta) just for the Hell of it. Still, I can dig it. 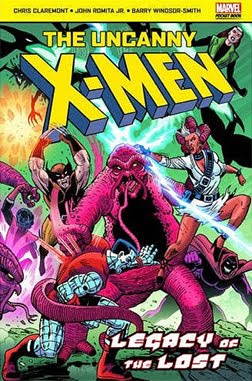 Oh and look what else I found. This is the cover to some series of "pocket books" from the U.K. I imagine these are similar to the sort of thing that comes with action figures like with the DC Superpowers line back in the 80s. As you can see here this is an X-Men issue in which they are battling the Dire Wraiths. I can only assume this reprints a portion of the X-Men 185 - 188. That's just a guess on my part I'd sure like to see it for my self. Magnify it for a better look.
Posted by Shlomo Ben Hungstien at 5:00 PM