How I see art and characterization 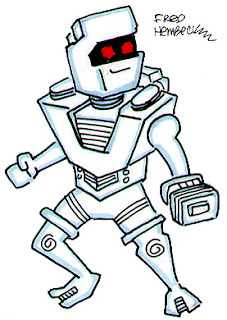 I know I'm probably gonna catch some shit for this but keeping things interesting around here every week doesn't come from me sugar coating my opinions and thoughts on things. That being said I've never been a real big fan of Fred Hembeck's work. A lot of the behind the scenes humor for Marvel's production staff that Hembeck's art often centered around didn't really resonate with me as a kid back in the early 80s. I'm not saying he sucks or anything and in all fairness I'm not all that crazy in general about caricature type renderings when it comes to my favorite comic book and sci-fi characters. There have been exceptions ofcourse such as in the case of the parodies done in MAD Magazine and similar type satire.Well, it so happens that this Hembeck sketch card that I found on ebay recently is also an exception. I actually like I don't know why but I think it has some charm to it. So what do you think, like it?
Here's a Torpedo redesign. I really like it but at the same time I can't help but want to see that new suite drawn in a less "cartoony" way it would have really kicked ass then.


You all remember that posting of me lambasting those preliminary designs for The Micronauts cartoon that never was right? Well just by the animation style alone I knew it would have sucked and done an all around disservice to the original Bill Mantlo series. Just like a really really bad movie sequel to a great original. 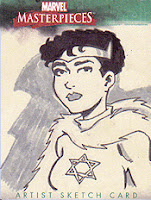 And speaking of great things that Mantlo helped inspire here's a couple of Sabra sketch cards I found recently. As you can see both are quite excellent in terms of what the respective artists were going for but as usual I'm more partial to the one that is a more accurate representation (minus the cape) of Marvel's premier mutant power house of The Promise Land. 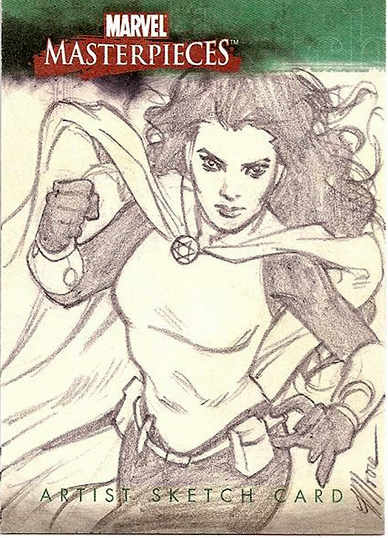 
Speaking of my kinda art look what just turned up from Dann Phillips again. We've seen so much new ROM fan art from this guy he must be able to do it in his sleep or something.
Posted by Shlomo Ben Hungstien at 12:00 AM