Bill Mantlo enjoying his new gift from a fan 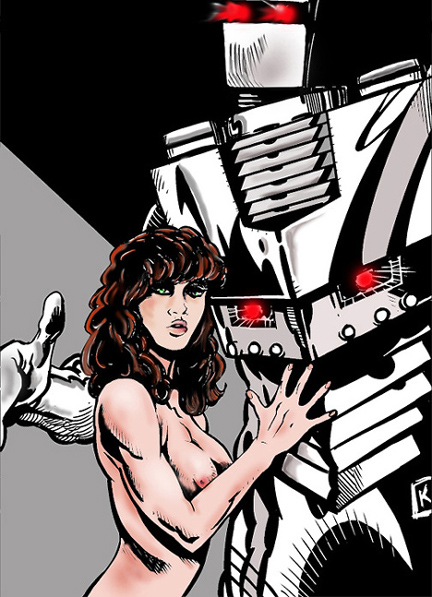 Here's one from an artist I've featured before on this blog. I've always really liked this one too but there was just one thing that still bothered me about it. And even though I colorized it that's not what bothered me about it. It's actually the same thing that I recently had to fix on another recent piece of fan art in which just about everything else on ROM looked alright except one goddamn thing. Here's the original http://kimoyancey.blogspot.com/search?q=rom 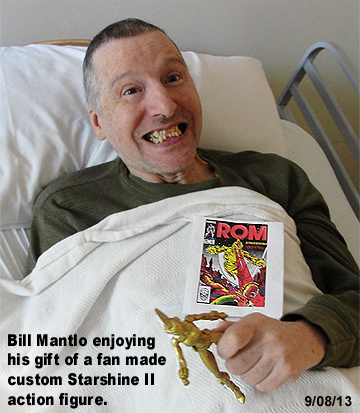 For those of you who saw this posting earlier you know that I was still waiting for some new stuff to update today's posting. Well I'm happy to say some of it has started to show up such as this photo from Michael Mantlo's most recent visit to his brother Bill. What you see in Bill's hand there is the custom Starshine II figure which I sent to Michael a couple of weeks ago after it got passed off to me by Chris who wanted it to be given to Bill as a gift. And speaking of Chris's custom spaceknight figures we've got another one coming up I hope to have something to post here within the next 24 hours stay tuned. 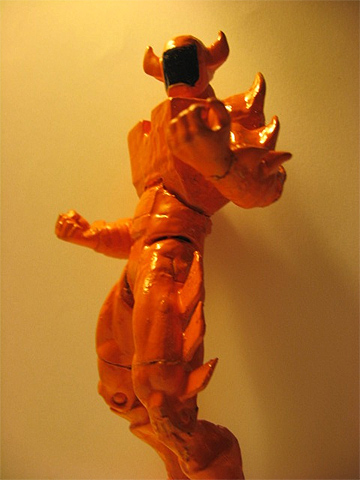 And finally, here it is! Told ya it would be worth the wait. For more images of Chris's latest custom spaceknight and other custom figure projects: http://custom777.deviantart.com/gallery/
Shit, kinda as an after thought maybe I should have made this custom it's own posting. I could have titled after my favorite Talking Heads song, "Burnin Down The House".