I was planning on taking some time off from this blog but the previous Bill Mantlo posting just kinda blew up in the comments section so I felt motivated to fast forward to my next posting. So here's something I put together mostly from various images of some of the best custom figures I've seen on the net along with a really nice 3-D rendering of the Endeavor.
I thought this might be a good time to share with you all the very first Rom spaceknight and Micronauts issues I ever owned. I was probably about ten or so when I got these as a result of nagging my parents after the covers had caught my eye where ever it was that I saw them. It wouldn't be for several years later that I would start picking up Rom on a monthly basis or be able to start hunting down back issues for on titles. 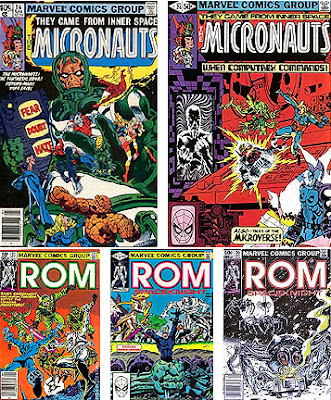 And as good fortune would have it I was going through a bunch of $1 bins this past weekend and I came across a pretty sweet find. This is Cloak & Dagger #1 (Vol.2) published in 1985 and written by Mantlo. If you look just below the Cloak & Dagger logo you can see it says "Created by Bill Mantlo and Ed Hannigan". 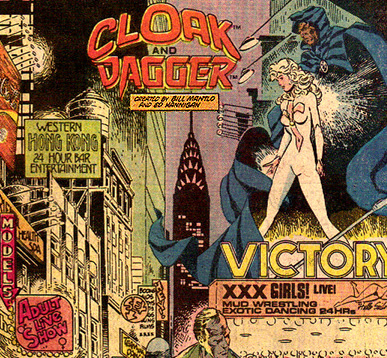 This issue was a thoughtfully written story that touched on the problems plaguing the mean streets of New York city such as drug abuse, police corruption and child exploitation. This sort of street level narrative that Bill Mantlo explores with Cloak and Dagger seems to imply he wanted to create some public awareness about these social ills that were very much in the real world as well.
Posted by Shlomo Ben Hungstien at 12:00 AM