What other Marvel characters did Bill Mantlo create? 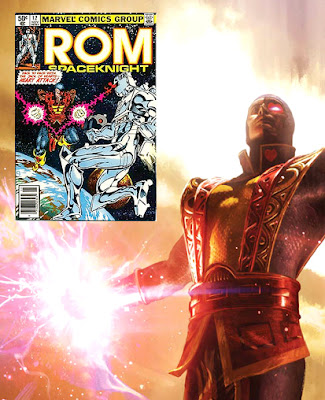 I was a little surprised to find out in my last posting about some of the Rom fans out there who also like Cloak & Dagger but didn't know that Cloak & Dagger were co-created by Mantlo. So it looks like I'm going to continue my Bill Mantlo themed postings to make sure you're all up to speed. Ok so I guess you already figured out that The Jack of Hearts is also from Mantlo along with Keith Giffen (loved his work on the late 80s JLA series!) assuming you didn't know that already of course. They also created Rocket Raccoon together but the less said about that the better. On to Marvel characters that were a bit more obscure . . .

Also created by Mantlo, The Human Fly was actually inspired by the career of a real life stunt man Rick Rojatt. In the comic book (1977) most of the bones in the body of a stunt man were replaced with metal (no it wasn't adamantium) due to a crippling accident and after a long physical rehab process embarked on a career as a superhero. The series ran for 19 issues and featured guest appearances by Spiderman, Daredevil and White Tiger. Speaking of  White Tiger Mantlo co-created the character with artist extraordinaire George Perez.
As far as I know White Tiger was Marvel's first Peurto Rican super hero (Hectar Ayala) and had powers that were derived from the mystical amulets he wore around his neck. The Human Fly is no longer around unfortunately but the White Tiger brand has gone through several people over the decades and today is being carried by Angela Del Toro. Remember Captain Universe? . . . 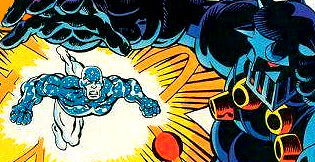 Captain Universe, the Enigma Force powered cosmic superhero who could be anyone first appeared in Micronauts #8. The character is still very much around today and I hope you figured out by now that he was created by Bill Mantlo and one of my all time favorite artists Michael Golden. And did you also know? . . . 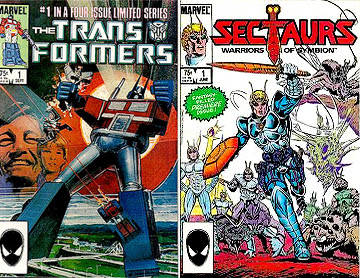 Bill Mantlo wrote the Transformers 4 issue mini-series that launched the first ever TF ongoing series? Oh I remember how excited I was as a kid when #5 finally came out after so many months of anticipation. Remember that awesome Shockwave illustrated cover art for issue 5? What started as just a limited series eventually got an extension due to the success of issues 1-4 and the wildly popular toy line.
Unfortunately despite also having been written by Bill Mantlo Sectaurs wasn't a commercial success as a comic book series or as a toy line. The series was cancelled after only 8 issues. 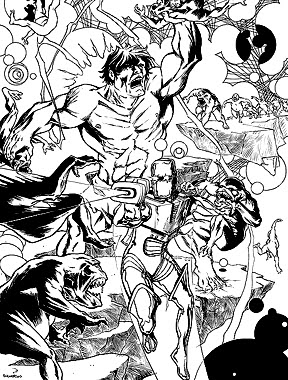 I thought with all these postings about Bill Mantlo this might be a good time to showcase this HULK and ROM piece by French artist Laurent Sieurac. And yes I will be posting a colorized version of it so be back here in a couple days because on top of that there will be even more brand new fan art!