I'm going to postpone the posting I originally had scheduled next. This screen shot image is from Michael Mantlo's facebook photo album. As some of you may remember Michael sent me a friend request last year in December. It's kinda hard to see but to the right there are the covers for issues of Cloak n' Dagger and Alpha Flight as seen here in a previous posting of mine: http://romspaceknightart.blogspot.com/2012/08/bill-mantlos-guest-star-appearance-in.html There is also a really nice photo on Michael's Facebook album of Bill at the hospital with a very happy expression on his face. If Michael gives me the ok I'll update this posting with it so you might want to check back here later this week. And yeah Rick the address on the letter I sent is correct I double checked with Michael before I dropped it in the mail. 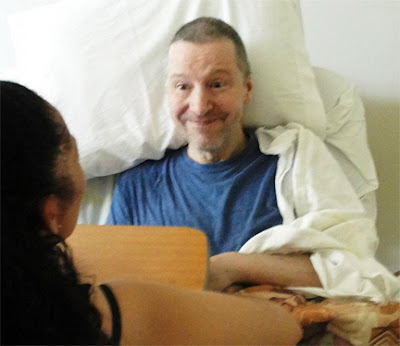 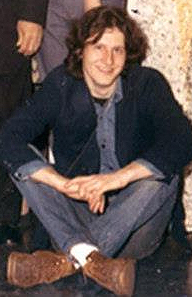 Update: Well I'm glad to say Michael was all to happy to have me post this photo (which is from just 2 weeks ago) of his wife visiting with his brother. The following was part of Michael's FB message response to me " . . my lovely wife has an uncanny ability to get bill to smile (and me, too...lol), and anytime he's smiling, it's a good day in the Mantlo universe!" I also came across this early photo of Bill from a family portrait I really liked so I'm happy to share that one too with all his fans here.
Posted by Shlomo Ben Hungstien at 8:21 PM