1979 was a good year for sci-fi toys and Marvel 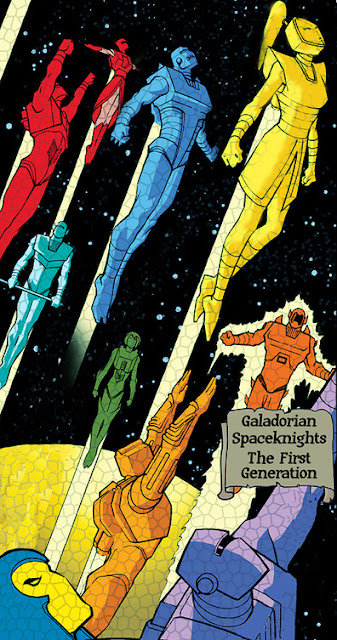 I just kinda reworked some images in a panel for the first issue of that dreadful 2001 Spaceknights mini-series. So now I've got something good out of something bad. It makes me down right sentimental Marvel has made such a mess even of the Rom related stuff that they own. 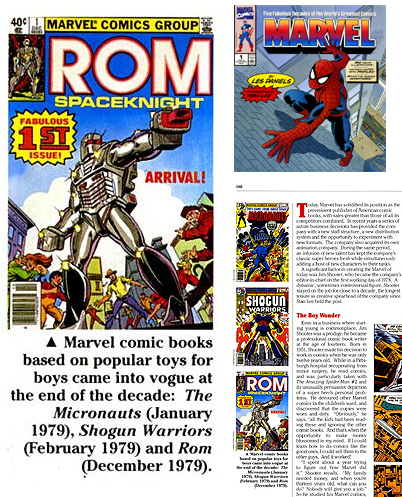 This excerpt came out of this over sized anthology book called Marvel five fabulous decades of the world’s greatest comics. I knew about when Rom and The Micronauts debuted but I never thought about when Shogun Warriors did. Shogun Warriors #16 was one of the first comics ever had along with several of the toy figures at the dawn of the 80s. A few years later (mid 80s) I picked up about a dozen more issues from the 3 for $1 rack at my then favorite comic shop (Comics and Comics) in Berkeley CA. on Telegraph avenue. 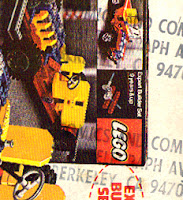 This is too cool, the Hulk #256 (Sabra!) I recently blogged about here which I picked up in a regular back issue bin about a month ago had something interesting stamped on the back. Comics and Comics used to stamp it's name and address on the back of all it's 3 for $1 comics. So getting back to the titles of licensed toy properties here's a good question, were there any toy based Marvel titles prior to 1979? I can't think of one but if any of you do please share.

Posted by Shlomo Ben Hungstien at 9:00 AM