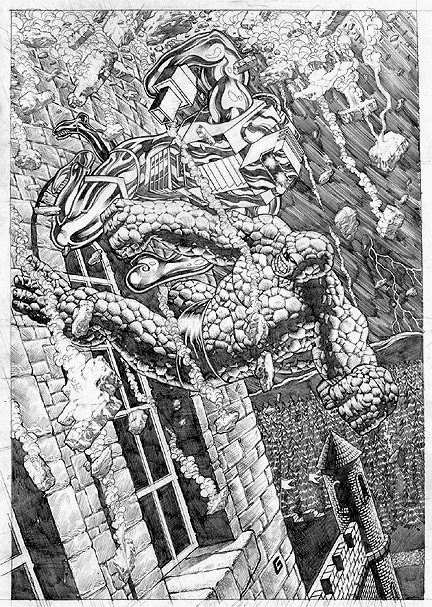 I just found this on Deviant Art today. Obviously this was inspired by Marvel Two In One in one part of the story had Rom throwing down with the Wraith sorcery controlled Thing. Rom's neutrilizer ended up breaking the spell and together the they took out the wraith witches. This was done by Brazilian artist Allan Goldman you can check out this work at an earlier stage here: http://allangoldman.blogspot.com/2012/10/rom-vs-thing-from-marvel.html 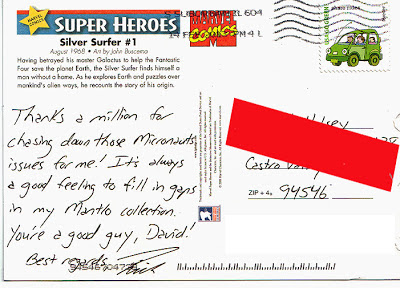 Also I just wanted to saw thank you to Rick Hansen for sending me this post card. I recently picked up some back issues of the original Micronauts series for him which I found in a $1 bin at my local comic shop. Not only did Rick reimburse me promptly along with some gratuity for my trouble even though it was no trouble at all he was also thoughtful enough to send this card. In case you were wondering the front side has the cover art from the original Silver Surfer #1.

Posted by Shlomo Ben Hungstien at 10:39 AM