If you do an image search on Google using the key words "Rom spaceknight romney" you'll see that some Rom related fan art and political humor for the 2012 U.S. presidential race has surfaced in recent weeks. Most of it has mostly to do with some fun word play and other such bipartisan kinda humor. I'm not looking to start a political debate here with this it's all about Rom. 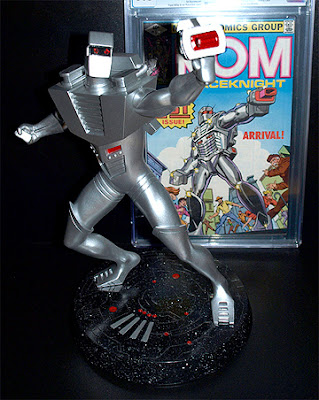 I found this cool photo image of the Helder Rom statue with issue number one in the background on some sort of chat site that apparently had a bunch of French speaking Rom fans. I also like how this photo it gives you a better and more detailed look at the base the statue is mounted on. 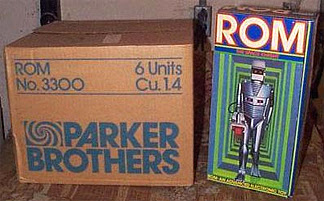 This photo image also happened to be on that French speaking chat site. Seeing all this almost makes me want to learn how to speak French . . .almost.

And as a follow up to the Easter eggs found in Captain America 311 I want to thank Rom curator Gary Martin Jr. for giving me a heads up on this other Easter egg panel from issue 314. 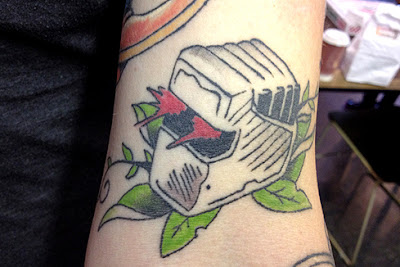 How cool is this? Now that's what I call some serious homage to the greatest of the spaceknights! But this isn't the first Rom tattoo that we know of no sir! Check this out: http://lkseitz.blogspot.com/2010/09/rom-tattoo.html

Next you'll all get to find out what sort of extraordinary lengths I went to in order to show you all a ROM cameo in Spiderman I know you've never seen or probably even heard of.

Posted by Shlomo Ben Hungstien at 12:32 AM