Unknown fan art and, "Got a little Captain in ya?" 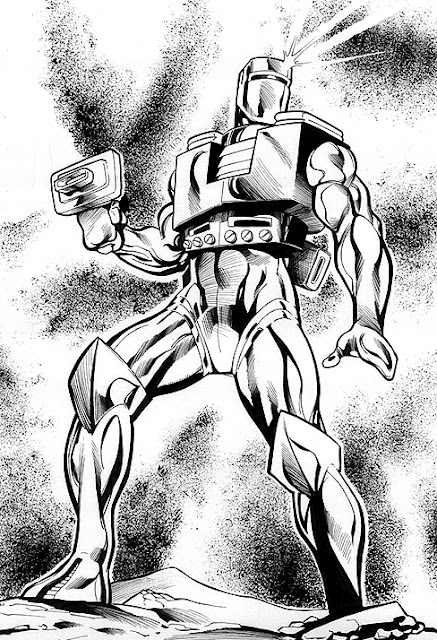 Anybody know who did this black n white Rom drawing? I think it's pretty good although this version or Rom's armor makes him look a bit like he's on steroids. Ironic that the neutralizer which is Rom's primary weapon is a bit on the smallish size in contrast to his armor's beefed up look. You all get where I'm going with this and the steroid analogy right?

I was having one of those what if moments in regards to Rom and Captain Universe. I dunno what would have been cooler. If Rom were himself to become Captain Universe or if a close friend of Rom's were to become the Captain in order to help Rom out with some raw cosmic power. Outside of Brandy Clark Steve Jackson (her fiance) was Rom's first friend and ally on Earth.
He was Rom's unofficial side kick pretty much exactly as Rick Jones was later in the series after Steve was murdered by the Dire Wraiths during the massacre of Clariton in issue 49. That was definitely one of those "holy shit!" deaths in the series. So at any point in the series it would have been pretty cool if either Steve or Rick had inherited Captain Power even if it was just in a single issue. It would have also kinda unofficially bridged the Rom title to The Micronauts given that the licensing restrictions kept these two Bill Mantlo creations from crossing over into their respective titles. 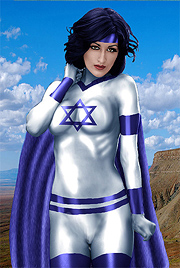 You don't need to be a Cloak & Dagger fan to appreciate this but if you are all the better. The same artist (Daswook) who did Dagger also did this Sabra Heromorph as well as the Marionette one from The Micronuats I featured a couple of weeks ago. But there's so much more where these came from. Go check out his Deviant Art gallery I'm sure you'll find more Heromorph images of your favorite super heroines and villains from both DC, Marvel and some independents  http://daswookofheromorph.deviantart.com/gallery/

Posted by Shlomo Ben Hungstien at 8:00 AM